Slowly but surely the place filled up with DON & HEATHER first being requested to sing FLOWERS ON THE WATER in celebration of the life of Heather & Derrick Kenyon's friend in Corfu. BANJO JOHN then lifted the mood with a join in SAN FRANCISCO BAY BLUES only for it to become serious again with STEVE'S own WHEN YOU LEAVE A GIRL before MIKE COSGRAVE told us the uplifting story of the surprise birth in his family of the WONDER CHILD. Still on an upper JAN & MARK were off whale hunting on THE BONNIE SHIP THE DIAMOND but JUDE was more at home with BONNIE SUSIE CLELAND while KAMRAN was curious as to WHERE DID YOU SLEEP LAST NIGHT. ROD, however, could only retort BUT YOU WEAR IT WELL as ROBIN reminisced about OLD DOGS & CHILDREN & WATERMELON WINE leaving JIM & LYNN to leg it with the HIGHWAYMAN chased by ISOBEL's 100 PIPERS. CARL then came up with Gerry Rafferty's NIGHT OWL and POET DAVID combined THE WHITE PRINCESS & THE LIGHTHEARTED MAIDENS in his celebration of Ireland before DAVE hit the nail on the head with IF I HAD A HAMMER. Again in serious mood ED sang Keith Marsden's CITY LAMENT as GED became more fanciful with FIDDLER'S GREEN and just when we thought he wouldn't PETE did with I AIN'T GOT A HOME IN THE WORLD ANYMORE leaving BANJO JOHN to tie up the first half with BYE BYE BLACKBIRD.

Much socialising and a big raffle later saw the wine go home with Jude, the chocs and shortbreads smuggled out by the two Jackies and Sue take off with the room perfume. Then starting seriously again DON & HEATHER told their story of the STREET CHILD as MIKE went on with A BRIGHT BLUE ROSE from favourite Jimmy McGovern and STEVE sang his recently recorded THE DRIVER. We didn't believe that KAMRAN could be MY FUNNY VALENTINE but he certainly could if JIM & LYNN could be GHOST RIDERS IN THE SKY. ROD was sure it was all down to a TEQUILA SUNRISE as JUDE grounded us all with Dylan's half inched GIRL FROM THE NORTH COUNTRY and JAN & MARK plagiarised ON ILKELY MOOR B'AT HAT to the House of the Rising Sun. With Manchester City just having defeated Chelsea twice on tour PETE had to go with BLUE MOON but ROBIN's comment was that IT'S GOOD TO BE BACK HOME AGAIN and CARL delivered the lesser known ALICE from the pen of Jez Lowe. Still with Jimmy McGovern and having told us he used to be a jockey MIKE then sang RIDE ON but where ED got the FAT LADY'S BUM from we shall never know but certainly JIM & LYNN got the FOLSOM PRISON BLUES from Johnny Cash and DON & HEATHER ended a very enjoyable night with The McCalman's very appropriate LAY DOWN THE BORROWED GUITAR.

The weekend atmosphere carried into Tuesday as ROBIN & HEATHER KENYON coaxed some great music, song and craic from the many talented performers who entertained a packed house in excellent style. ROBIN started the ball rolling with JOCK O' HAZELDEAN just as ED was climbing up into his IVORY TOWER and FAIRPLAY were shooting off to OWENSBOROUGH. That didn't stop ROB sailing off to SOUTH AUSTRALIA but STEVE was more reticent with WHENEVER THAT MAY BE. On a jolly footing GED DALE treated us to  LIVERPOOL JUDIES to which BRIAN retorted IMAGINE before on his very welcome return GED gave us the saga of BARBRY ALLEN. With another of his gems ARTHUR told us about hearing THE NIGHTINGALE and MERDY extolled the virtues of the CONNEMARA COAST but JO warned us that HARD TIMES can be just around the corner. Then in celebration of Sunday's boat trip PETE ROBERTS was of a mind to sing BARGES but LYNN & JIM decided on a trip on the BLACKPOOL BELLE before BARRY blew everyone away with his debut song CALEDONIA. CHARLES then surprised us with the rare DOWNEASTER ALEXA as did DON & HEATHER with their own ROMANY JACK and ARTHUR with another one of his finest ALMOST ROMANCE. As we rolled towards the interval we heard PETE's tale of drowning his sorrows in MADAM WHISKY with GED DALE trying to cheers him with THREE RUSTY SWORDS & DUSTY MILLER and ROB giving another solution with the LEAVING OF LIVERPOOL.

A bumper raffle in the break saw Ann & Mike win the Wine, Alan take the Perfume, Bob win a Club T-shirt, Arthur grab the chocolates and Isobel get the mystery prize before ED kicked off again with the send up of MORRIS DANCERS. Now warmed up ISOBEL triple tongued around the RABBIT MAN & HENRY'S CAT but FAIRPLAY were off on the GOODNIGHT LOVING TRAIL while to a tumultuous reception BARRY took us WALKING ON SUNDAY. BRIAN could only reply it was SOMETHING and STEVE's response was that it certainly is a BEAUTIFUL WORLD as MERDY went off to see it with LEATHER ON MY SHOES. On a different plain GED was off WORKING ON THE RAILROAD for a dollar a day as PETE warned HERE COMES THE SUN to which DON & HEATHER replied it's the same for the DIAMANTINA DROVER. In their own inimitable style LYNN & JIM then sang the SPANISH LADY and ISOBEL wrapped fingers around DANNY BECK & the ROPE WALTZ before the FAIRPLAY Band explained there's NO TELLING what a love song can do. ARTHUR was more blase in reckoning it could be a TRICK OF THE LIGHT as ED threatened TREAT MY DAUGHTER DECENT as ROBIN, DON & HEATHER to us to a big finish with MINGULAY & THE WILD MOUNTAIN THYME. A great night!

ROBIN, DON & HEATHER were certainly not singing to a room full of NO HOPERS, JOKERS & ROGUES when they opened the evening for MIKE COSGRAVE to keep it lively with MICK RYAN'S LAMENT and BANJO JOHN to invite everyone to band up for ME & BOBBY McGEE. PETE then took us back to SHOWER THE PEOPLE (James Taylor) and ROB invited us to PULL DOWN LADS as the circus took down the tent and moved on as CARL contemplated ALOYSIUS Jez Lowe's dog that didn't bark. JO next reckoned THE CARNIVAL IS OVER and JUDE even more seriously warned MAIDS WHEN YOU'RE YOUNG never wed an old man before ED's  LIVERPOOL LULLABY warned of the consequences of a intemperate relationship. PAUL then took off but got the FISHING BLUES while ARTHUR wallowed in WHISKY, BEER, BRANDY & GIN, his latest You Tube offering and COLIN said GOODBYE MOMMA GOODBYE TO YOUR TEAPOT. Just as he walked through the door MIKE stayed on his feet to give his TRIBUTE TO ALEX BARRASS and ROBIN, DON & HEATHER rose to theirs in tribute to the RAMBLING BOY while BANJO JOHN remained seated for Fats Waller's AIN'T MISBEHAVING & WHEN SOMEBODY THINKS YOU'RE WONDERFUL. On a harder note PAUL urged DRILL YE TARRIERS DRILL whereas ROB gave us a glimpse of matrimonial negotiations with COME WRITE YE DOWN and JUDE, in celebration of her father who lived to 97, shared I THINK I MUST HAVE CAUGHT A GLIMPSE OF HEAVEN. Not surprisingly PETE swore to spend his WHOLE LIFE THROUGH coming to Sale Folk Club before equally surreally ARTHUR hilariously celebrated SHORT SHIPS as against tall ships.

In the interval we celebrated some excellent new chips and in the raffle Helen and Jude took home bottles of wine and Marian got the chocolates as CARL reminded us of Pete Morton's songwriting skills with FURTHER. In the same class COLIN gave us his own take on FOXHUNTING before MIKE celebrated THE SACRIFICE OF YOUNG JAMES KEOGH and many others who died in the Spanish Civil War. ED, however, gave us some practical advice with THE GAMBLER and MIKE COSGRAVE reminisced about PADDY'S GREEN SHAMROCK SHORE as did ROB with FRED THE SLUG. We were a bit surprised when PETE insisted TONIGHT I'M STAYING HERE WITH YOU and even more surprised when JUDE explained summer is a coming in with HALANTOE but not so when MIKE explained there is JUST ONE (passenger) TRAIN TO DENTON in order to satisfy the regulations to keep the line open for freight. In different transport ROBIN, DON & HEATHER set sail on THE ERIE CANAL whereas CARL hallucinated with the MAGICAL SKY he once saw before COLIN demanded a week of RIO FERDINAND'S WAGES to make better use of. MIKE COSGRAVE then mused over the view through MY GRANDFATHER'S EMIGRANT EYES as did ED over a potential visit to the Queen with MONDAY 'ER DOES ALL 'ER WESHING before ARTHUR gave us the climax we deserved with his own very funny TRUE STORY OF WINNIE THE POOH and WE COULD WALK FOR EVER before our eyes were even dry. Magic!!

A great evening starting on a high and finishing even higher as hosts FAIRPLAY (Kath & Stan) led us off with BANJO PICKING GIRL as MIKE COSGRAVE quickly took us off to a LITTLE TOWN IN KERRY, his own composition about a place he loves, and DON & HEATHER said you might as well take a FREIGHT TRAIN. JIM & LYNN decided to take along PEGGY GORDON and BANJO JOHN said what about LITTLE OLD WINE DRINKER ME and MERDY adamant about taking BONNIE BESSY LOGAN. This nicely set up the brilliantly original newcomer MICHAEL BURNS for his own tribute to the TAMESIDE LADS and COLIN to reflect on A BETTER PLACE TO BE when you are lonely (Harry Chapin) as PAUL set off GOING DOWN THE ROAD FEELING BAD. On a brighter note RICHARD SAILS gave many reasons why he fancied OLD BROWN’S DAUGHTER before JOHN CONDY cooled him down with OCCADIAN DRIFTWOOD and STEVE contributed his own thoughts with TINY LITTLE BOX. EDDIE treated us to a guitar solo MARGARET’S WALTZ from The Shetlands and ROBIN exposed the cynicism in America with NOW THE BUFFALO’S GONE by Buffet St Marie and DAVE SLATER revealed the true story of the mill workers in THE BOLLIN VEIL. CARL was also critical of the Beeching Plan in his wistful THE 1710, one of the trains on a condemned line. Then, all the way from Leicester, SUE & DAVID pleaded DANCE ME TO THE END OF LOVE (Leonard Cohen) to which BANJO JOHN replied THAT’S AMORE. COLIN was then that SUNSHINE SUPERMAN as PAUL related the events behind the BLACK VELVET BAND and MIKE COSGRAVE explained how people can be raped by work with YOU’LL NEVER LEAVE HARLEM ALIVE.

After a great raffle was the springboard for SUE & DAVID, who didn’t win anything, to plead BUDDY CAN YOU SPARE A DIME and MERDY to go off to sea with HAUL AWAY MY LADDIE-O, an Archie Fisher song, before CARL gave us a cracking rendition of the all time great BAKER STREET. FAIRPLAY came back to us WAYFARING STRANGER leaving MICHAEL BURNS to take us off to a funeral with his own Oh MARIE as JOHN CONDY & CARL set off on the CITY OF NEW ORLEANS. RICHARD SAILS was next busy MOWING THE MEADOW, allegorically speaking, and JIM, without and with glasses, & LYNN took off after the STAR OF THE COUNTY DOWN before EDDIE celebrated May with the tune HASTE THE MAYPOLE. STEVE then insisted it is WHO I AM followed by ROBIN who sang ROCK MY CRADLE made famous by Jimmy Rodgers before DON & HEATHER raised us up with the Club’s Anthem CHILD OF MERSEYSIDE (Up Sale!!) COLIN, however, was insistent on warning us of THE CURSE OF ANNA’S STARE and MERDY was bemoaning the plight of THE DEPORTEES before EDDIE had us up and dancing at MARIES’S WEDDING & to the DASHING WHITE SERGEANT. MICHAEL again regaled us with another of his creations IMMIGRANTS TO DURHAM before JOHN CONDY headed us to a finish with WILD MOUNTAIN THYME and DON & HEATHER took us to the airport as we were LEAVING ON A JET PLANE. 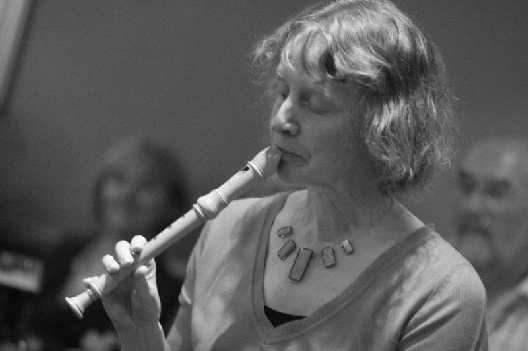